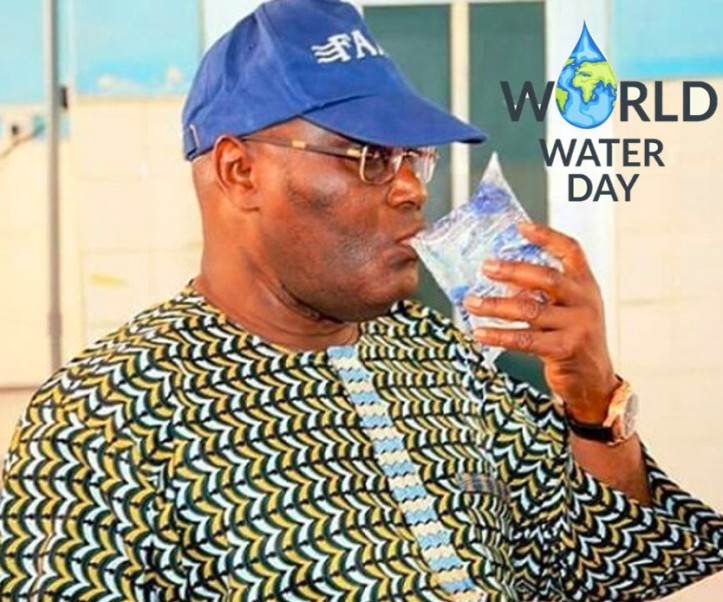 Water is a resource so precious that the United Nations General Assembly recognized “the right to safe and clean drinking water as a human right.”  According to WaterAid about 73,000 Nigerians died from lack of access to running water in 2014 compared to 4,000 lives claimed by the terror campaign of Boko Haram. The situation is not much different today. As we mark this year’s World Water Day (WWD) on March 22nd, therefore, the question is not whether a human right to water exists, but why are Nigerian states and federal governments not fulfilling it.

In Lagos State, over 15 million inhabitants of the mega-city have limited access to piped water. But without doubt, Lagos State is one of the states in Nigeria with the leadership, financial capacity and abundant water resources to guarantee equitable potable water services to its citizens.

So, while there are many good intentions in the Environmental Management and Protection bill recently signed into law by Governor Ambode of Lagos State like improving sanitation in the mega city, sections of the law relating to use of water resources need rethinking. The people of Lagos State deserve sufficient, safe and affordable water for personal and domestic use.

To this end, sections of the law that criminalizes water extraction from natural sources without permition (fees) in a mega city that is currently providing potable public water services to less than 20% of the population should be revisited. Rather than impose fees on Lagosians (which will further compound the water crisis), the state government should first provide clean water by revitalizing their various water schemes.

Water distribution system is almost non-existent in Lagos slums. The shantytowns across Lagos, where a greater percentage of the population resides have built their own drinking-water systems. Some are relying on private providers or drawing supplies from private boreholes. This has created a completely disorganized system that fails to meet demand. It is thus, understandable why the state is attempting to regulate water use. But criminalizing use of alternative water resources is inappropriate until there is a guarantee of public water services to all users.

As captured in the website of Lagos State Water Cooperation (LWC), the willingness to pay (WTP) for public water services is very high in Lagos. The existence of this water economy shows that there is high demand for services which has not been successfully provided by the formal sector as evidenced by the preponderance of private boreholes and sachet water.

Although some of these services are provided efficiently by the vibrant local private sector, the cost of services is exorbitant. Already, citizens are paying about “500% of LCW rate”. This is because the private providers cannot take advantage of the large economies of scale involved in transmitting water by pipe.

The high WTP presents an excellent opportunity for the government in partnership with private operators to develop the water infrastructure for the mega city. What it will take is an innovative policy that seeks to realize the right to water. A peep at the website of LWC shows that there is already a detailed action plan on how to kick start this water infrastructural development. The challenge, like the rest of Nigerian problem is non-implementation and lack of political will.

If the 2010 baseline data made available by LWC are taken as a working document, then a gap of 330 million gallons per day in demand for water is huge for Lagos. With the ubiquitous availability of fresh water (Ogun, Oshun, Owo, Aye, and Yewa Rivers) and Brackish Water (Lagos and Lekki Lagoons and Badagry Creek) sources, Lagos State is in an excellent situation to tap from these untapped resources.

While that is being worked out, it will help to suspend sections 137(1) (a), Section 141(1) (a)  and 141(1) (c), of the “Consolidated Laws on the Management, Protection and Sustainable Development on the Environment in Lagos State and Connected Purposes” relating to fines for “unauthorized” use of water resources. Such suspension will not have any negative effect on the hygiene, projected revenue and job creation aspects of the law. After the suspension, sound water resources management should then be moved to the top of the agenda.

Supply of potable water to all Lagosians should form an integral part of the quest to make Lagos the Center for Excellence. This should be followed with a careful review of existing private wells with the view to regulate. It is then that monetization of environmental impacts of any private borehole and sachet water can be seen as a good approach to adding environmental costs. This will reduce the dangerous threat to the environment posed by plastic ‘pure water’ bags.

Lagosians deserve sufficient, safe and affordable potable water. The Management of LWC under the leadership of Engr. Muminu Badmus is capable of delivering that clean aqua.  All it will take is meeting the demand of 745 million of gallons per day in an efficient manner as currently targeted by LWC. It’s only after that that the government can begin to safeguard access to water functions and manage water resources in an integrated and equitable manner.

Finally, until a committed and positive action is taken by relevant government agencies towards comprehensively addressing the water crisis in the state (and Nigeria); the disorganized system of water service delivery in Lagos will remain a viable unregulated business.

To celebrate World Water Day, the Lagos State government should tackle the challenge of providing clean and affordable water to all Lagosians as a human rights issue.