Jubril & 2nd Niger Bridge: What Happens When We Lie To Ourselves And Our Kids?

What you are not free to do is lie in the face of clear and verifiable evidence.

Whether 99% or 2 % of Igbos accept that the construction of 2nd Niger Bridge is finally a work in progress after 16 years of construction on paper is irrelevant.

Truth is not a democracy.

Even though President Buhari “hates” Igbos, he is fulfilling one of the dreams of Ndigbo which the PDP kept as a perpetual promise.

For 16 years PDP constructed the 2nd Niger Bridge in their heads.

Interestingly, during the presentation of the 2019 budget when @NGRPresident @MBuhari mentioned the 2nd Niger Bridge as a visible work in progress, I overheard one of the shameless PDP legislatures that used and failed Ndigbo shout “where is it?” 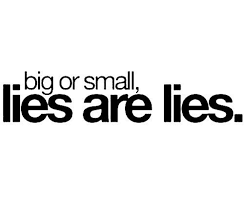 Igbos can spin and distort the apparent genuine intention of a President who clearly believes in infrastructural development as much as they want.

But one thing we should not do is lie to ourselves, our generations and the generation following us.

The reason is simple, here is what Chinua Achebe wrote Arrow of God, “A man can swear before the most dreaded deity on what his father told him. If a man is not sure of the boundary between his land and his neighbor’s,” … “he tells his son: I think it is here but if there is a dispute do not swear before a deity.”

A man’s reputation is staked on what he has heard and learned from his father. Knowledge is passed down in this way, and that knowledge is trustworthy because a man will not lie to his son.

What are your kids learning from you?

Just think of the psychological and moral effect of the lies we are championing and propagating among Igbo youths and kids.

The most dangerous lies are the lies you tell yourself and the one you propagate in the presence of kids. 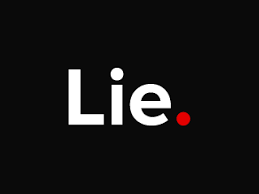 And worst still, when caught pants down lying, we still come up with conspiracy theories to prove that our lies are true. What happened to Ndigbo that are supposed to be very wise?

I wrote this epistle, not to stop you from lying. I am almost at the point of giving up on you.

I wrote this, to remind us of the unintentional damage we transfer to our kids when, in the name of politics, we lie promote lies.

Lies are temporal solutions to a permanent problem.